The new model will take the place of the LBK as the Medium-Size in my Klone line, although the concept will be a bit different.

Named 'Golden Royale', it will be basically 2 Golden Horse in a box, stacked, with 2 independent channels. Each channel with the celebrated Golden Horse circuit, values, and components; and with 2 added external switches: Clipping and Bass, as found in the Decibelics Big Klone.

The idea of 2 Klon in a box came after seeing so many of my customers liking their Golden Horse, LittleBig Klone or Big Klone so much, then purchasing a second one to stack with the first to achieve the world's most exquisite boost/overdrive tones.

The Golden Royale will come in Standard Black, Special White, and the Blue, Green and Copper Hammered finishes.

The estimated price will be similar to a KTR. Around 2x the Golden Horse, probably a little less.

I'm putting the finishing touches to the design and if all goes well I will release and start taking the first orders just before Christmas.

Like the Big Klone, it will be made following a waiting list only (Not officially opened yet, but already with names on it)

Graphics mockup and prototype photos below - hope you like it! 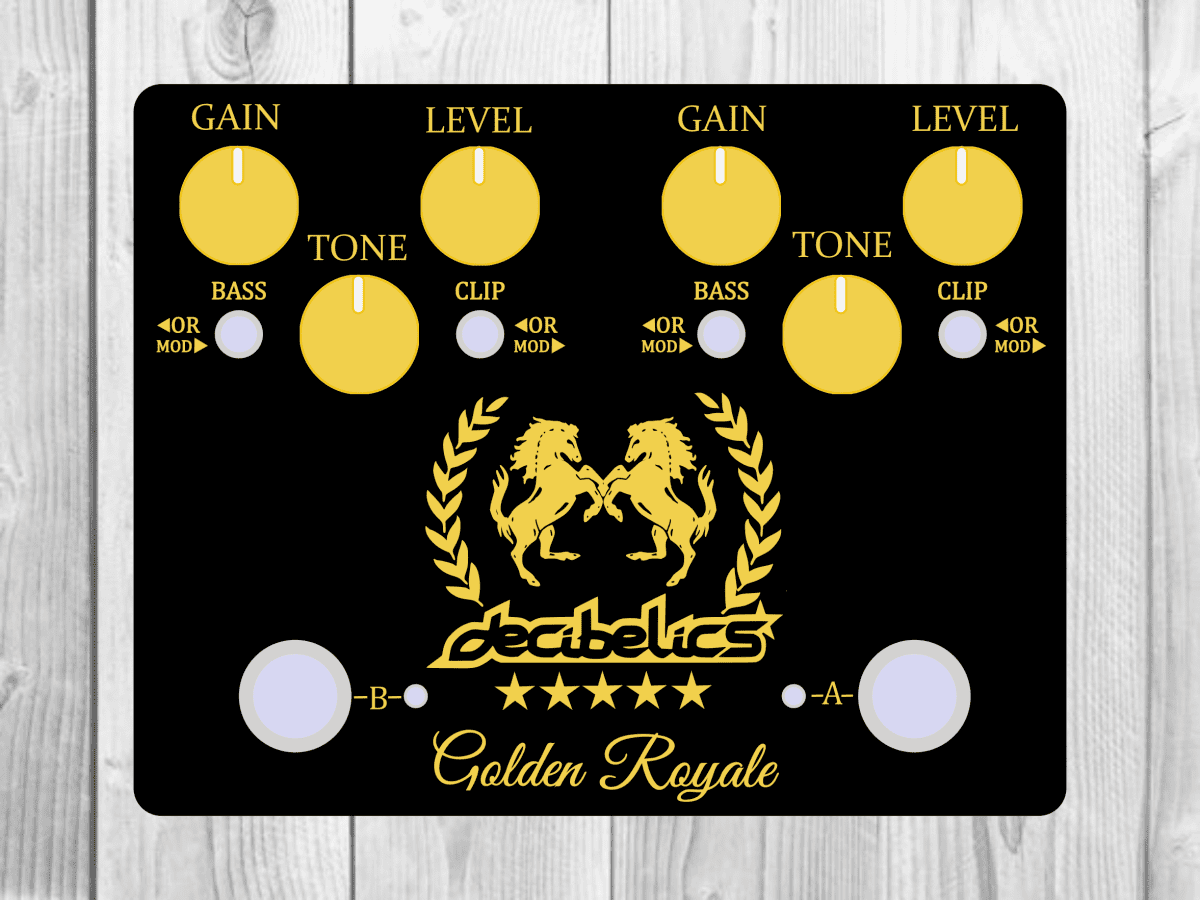 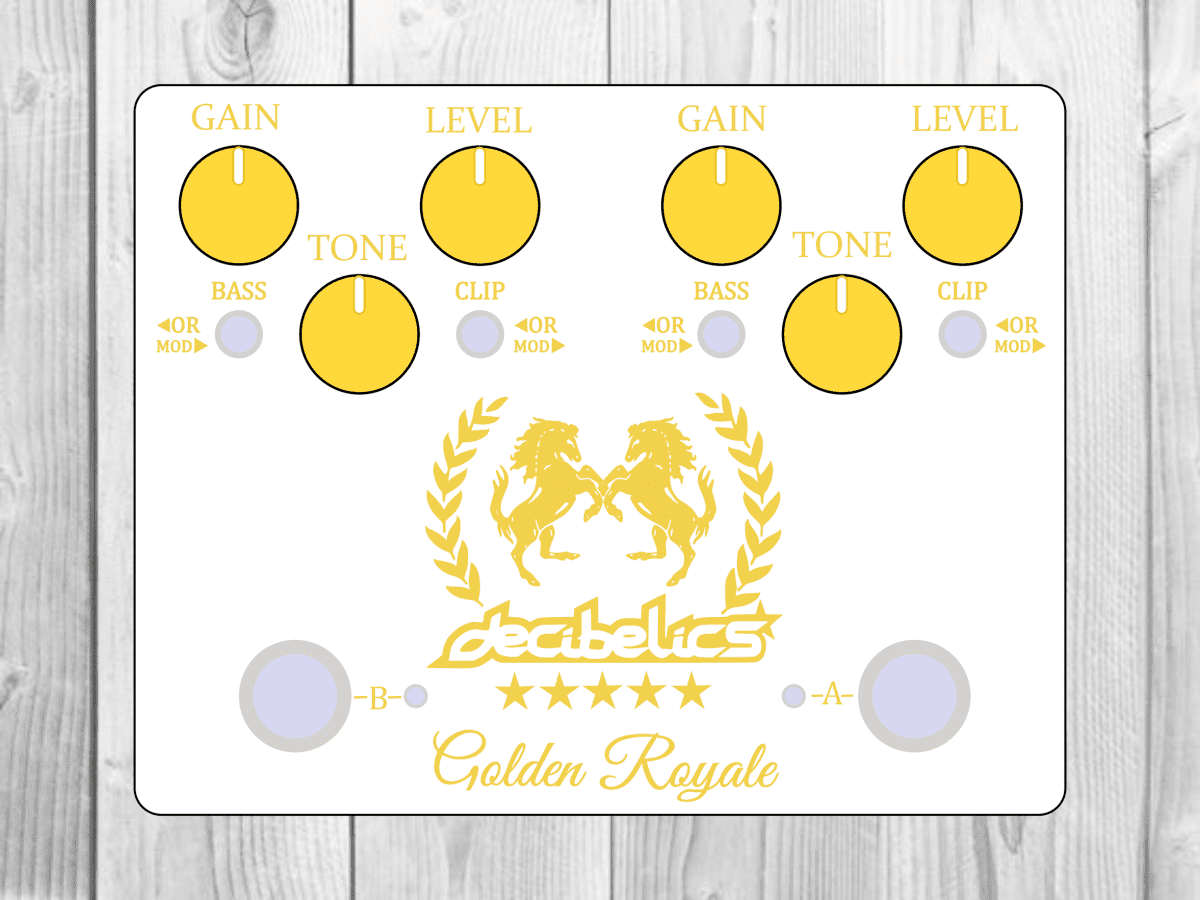 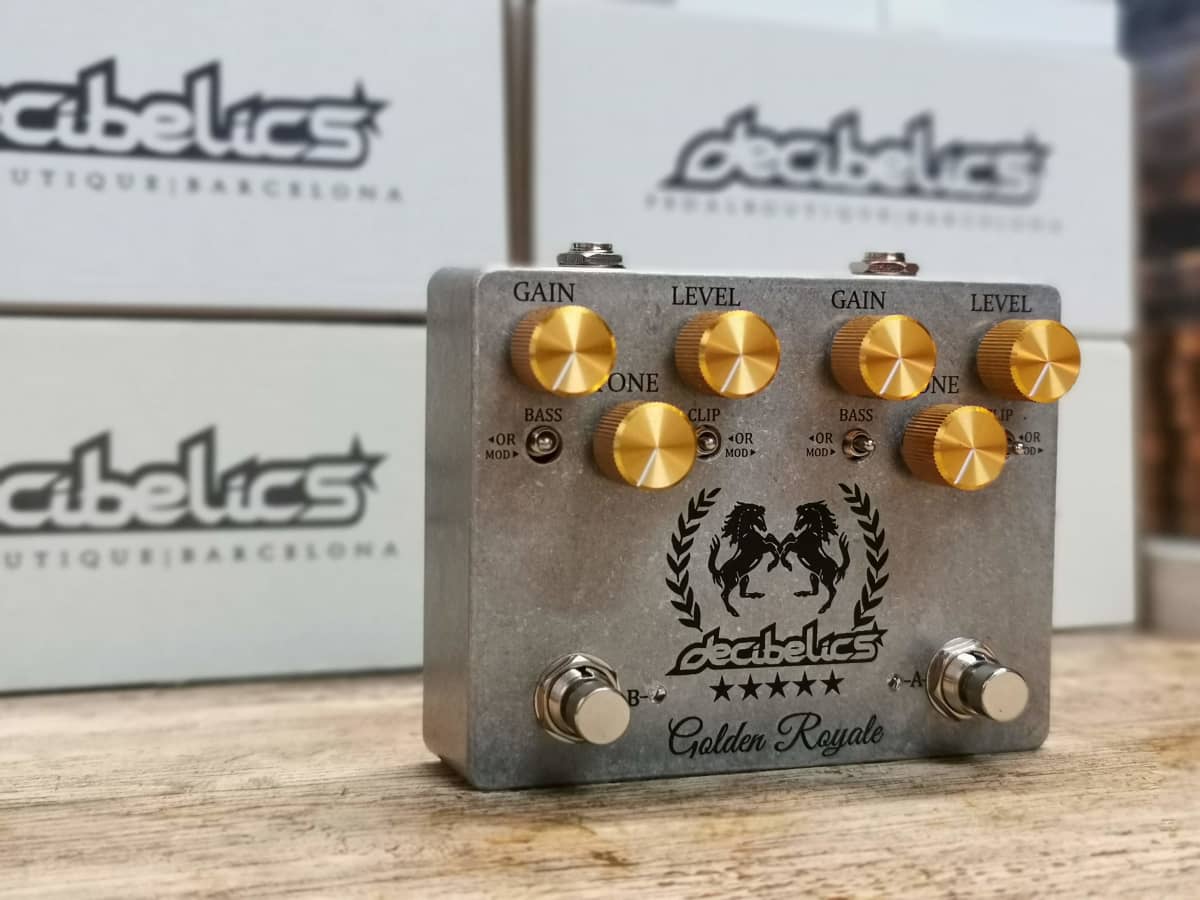 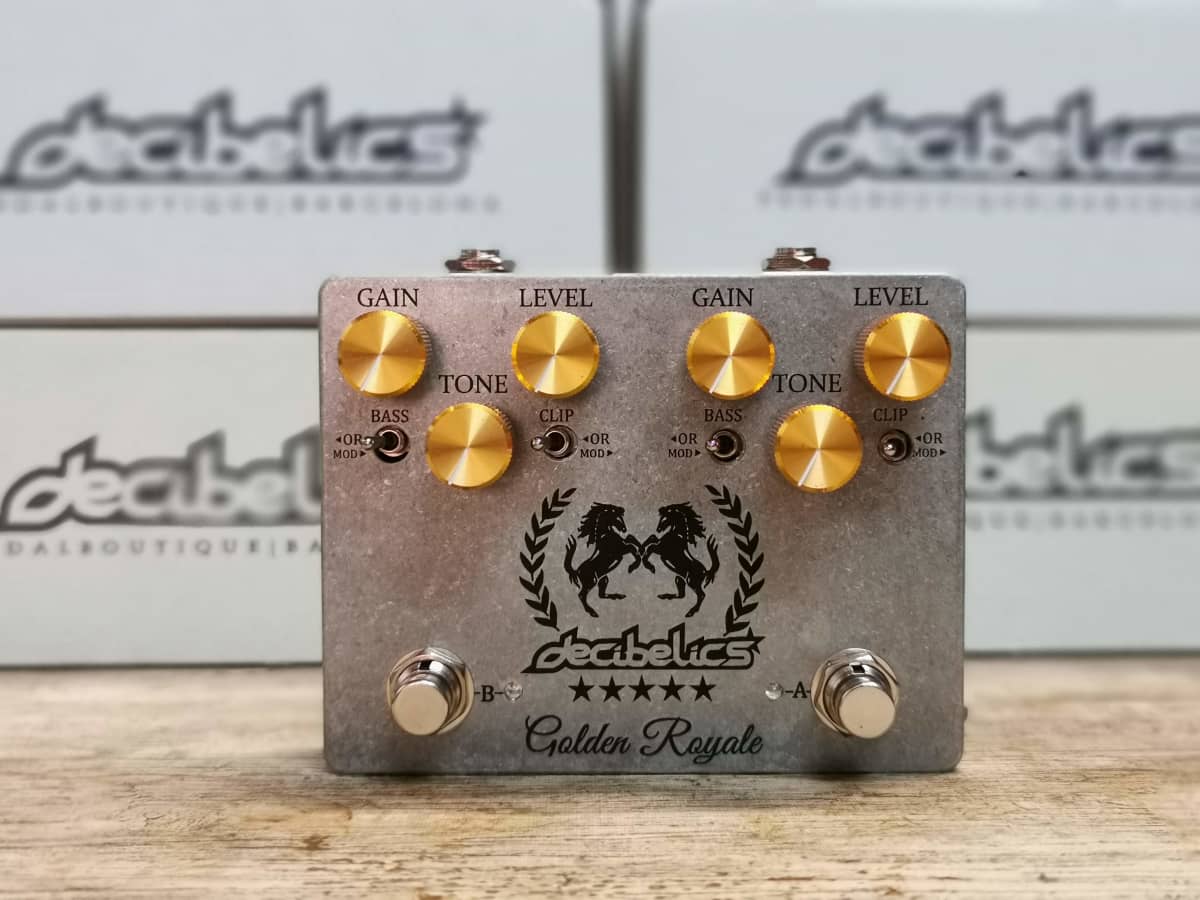 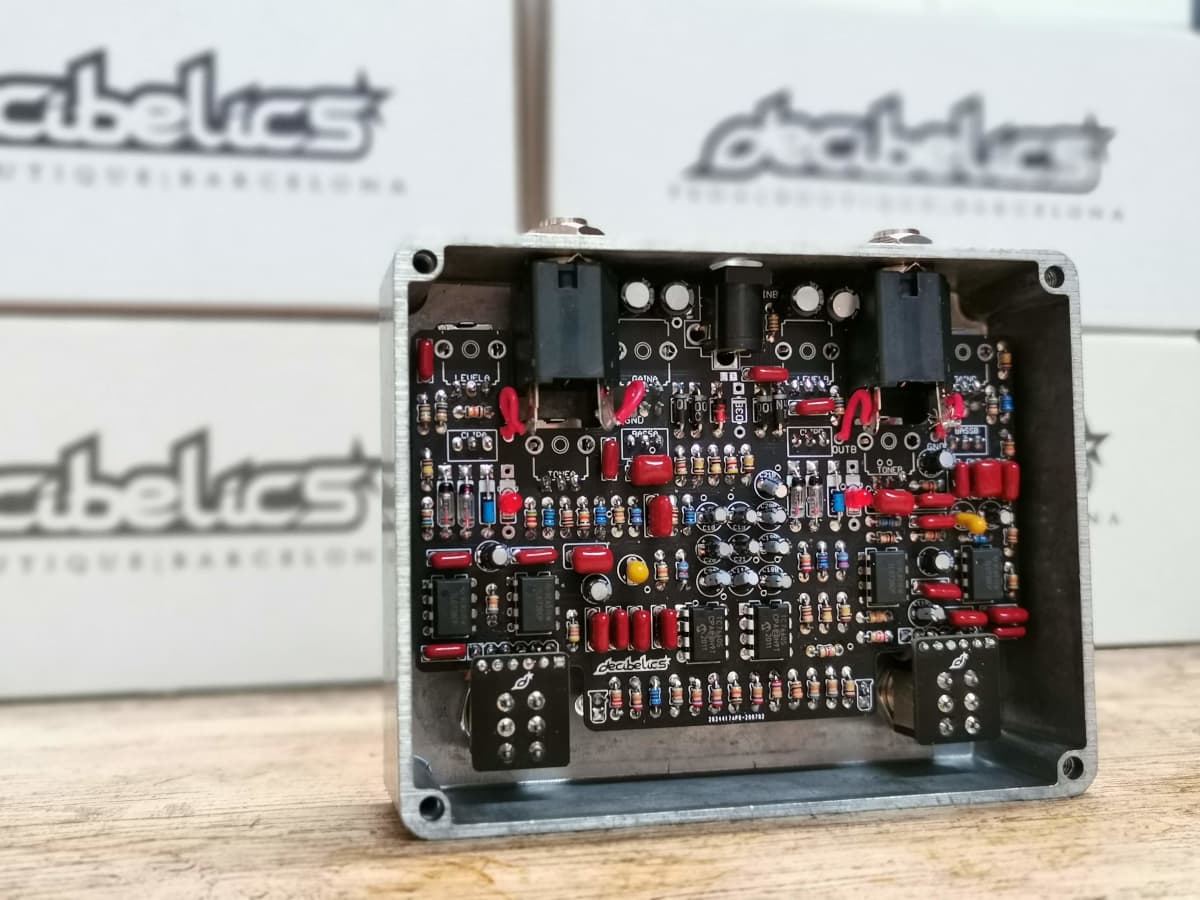 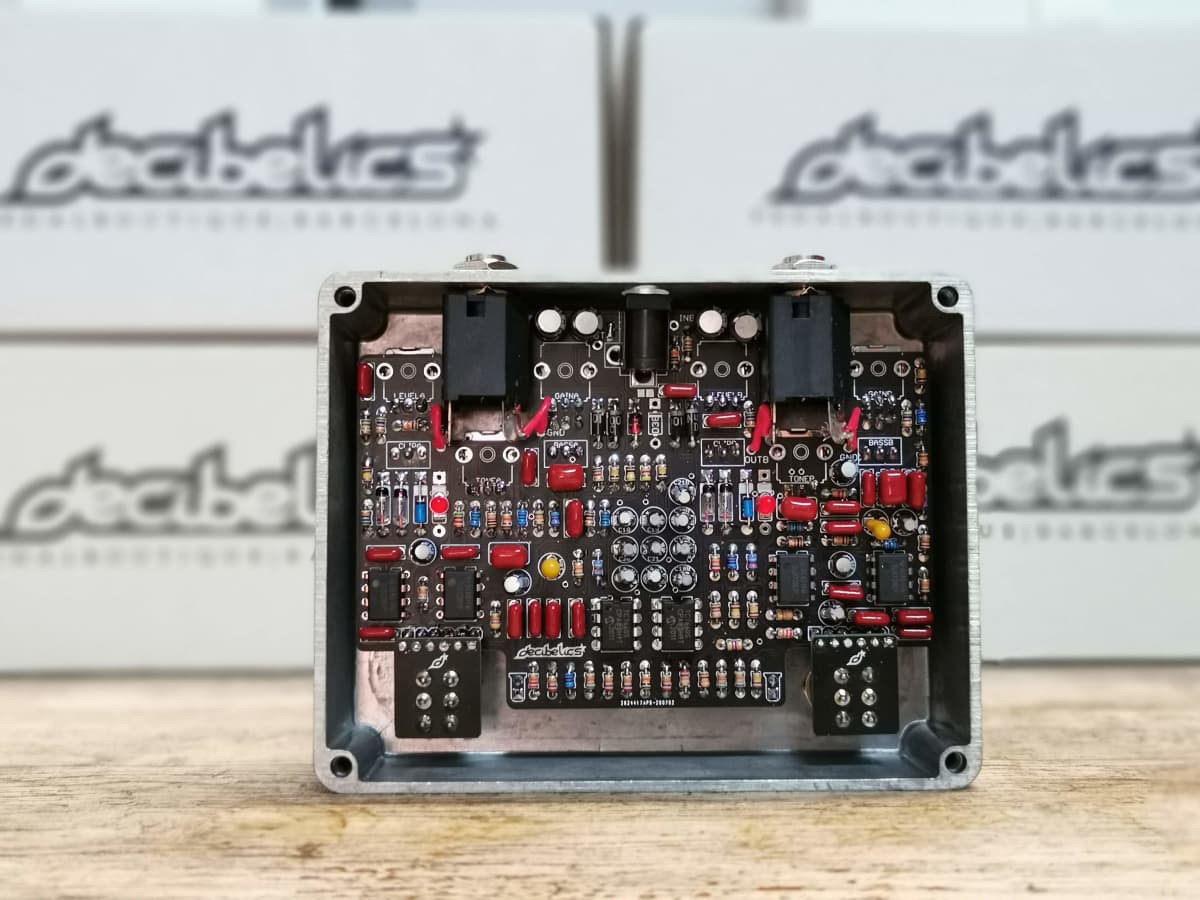